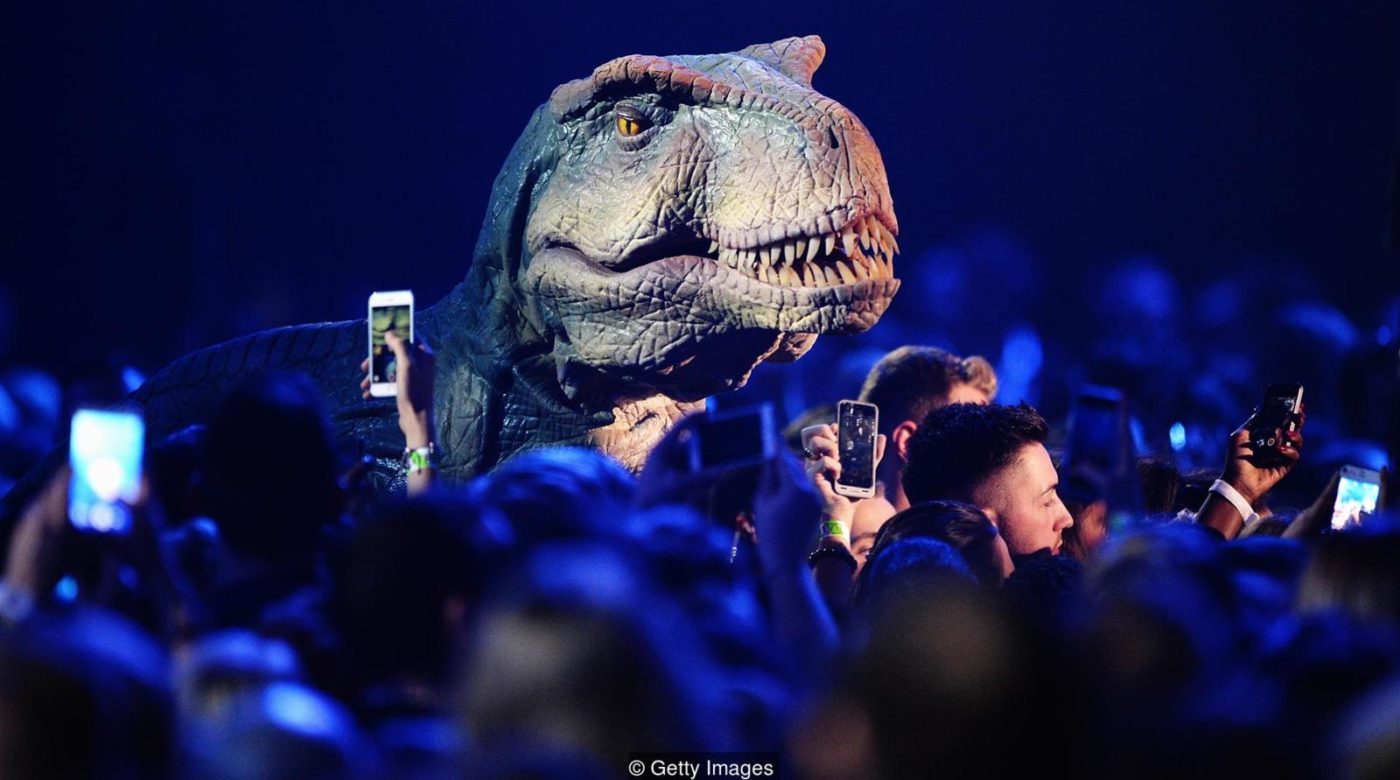 What if dinosaurs hadn’t died out?

Imagine a world where an asteroid hadn’t wiped out the dinosaurs. What would have happened afterwards – and how might their presence have affected mammals like us?

It was the kind of cataclysm that we can scarcely imagine. When an asteroid 15km-wide (nine miles) slammed into planet Earth 66 million years ago, it struck with a force equivalent to about 10 billion Hiroshima bombs. A radioactive fireball seared everything for hundreds of miles in every direction and created tsunamis that sped halfway around the globe. Even the atmosphere may have started to burn, and no land animal more than 25kg (55lb) would survive; in fact, around 75% of all species became extinct. The so-called ‘non-avian’ dinosaurs didn’t have a hope, and only the small, feathered flying dinosaurs we know today as birds would make it through.

But what if history had taken a different course? What if the asteroid had missed or arrived a few minutes earlier? That is the scenario suggested by researchers featured in The Day the Dinosaurs Died, a recent BBC documentary. These scientists – including geologist Sean Gulick of the University of Texas – argue that if the asteroid had arrived mere moments earlier or later, rather than hitting the shallow waters of Mexico’s Yucatan Peninsula, it would have plunged into the deep sea of the Pacific or Atlantic oceans, absorbing some of the force and limiting the expulsion of sulphur-rich sediments that choked the atmosphere for the months or years ahead.

Giant pterosaurs with enormous wingspans could dominate the skies.

Had that been the case, there would still have been a catastrophe and extinctions, but some larger dinosaurs may have survived. Pondering the course of this alternative timeline is an intriguing thought experiment that dinosaur scientists are only too enthusiastic to speculate about. Would dinosaurs be here today? What new dinosaurs might have appeared? Would dinosaurs have developed human-like intelligence? Would mammals have remained in the shadows? Would humans have evolved and – as depicted in Disney’s 2015 film The Good Dinosaur – found a way to survive alongside them?

Some researchers argue that, even without the asteroid, the reign of the dinosaurs may already have been ending. “I take a slightly unorthodox view that dinosaurs were doomed anyway because of cooling climates,” says Mike Benton, a palaeontologist at the University of Bristol in the UK. “They had just about held their own to the end of the Cretaceous, but we know that mammals were diversifying… [and] dinosaurs had already been declining for 40 million years.” Benton believes mammals would still have replaced the dinosaurs. He is an author of a 2016 paper suggesting dinosaurs were slower than mammals at replacing extinct species.

Other experts take a very different view. Carnivorous dinosaur researcher Tom Holtz at the University of Maryland in College Park, US, agrees there would have been some extinctions 66 million years ago anyway, due to eruptions and massive lava flows at the Deccan Traps in India – but he says “there’s nothing otherwise, once you’re into the Palaeocene and Eocene, that would have affected general dinosaur biology. It would be a world that Cretaceous dinosaurs would still be comfortable in.”

Stephen Brusatte of the University of Edinburgh adds that dinosaurs had survived well, doing a great diversity of things, through changing climates, for 160 million years. “Dinosaurs were still very adaptable at the end of the Cretaceous, that’s not the sign of a group that’s wasting away to extinction, just waiting for some asteroid to knock them off. It’s the sign of a group that still has a lot of evolutionary potential.”

Assuming dinosaurs had survived, what factors might have shaped their evolution? Climate change might have perhaps been the first big hurdle. An event known as the Palaeocene-Eocene Thermal Maximum, 55 million years ago, saw average global temperatures reach 8C hotter than today, and rainforests spanning much of the planet.

In this hothouse world with abundant vegetation perhaps many long-necked sauropods might have grown more rapidly, breeding at a younger age and shrinking in size; several ‘dwarf’ sauropods (some little bigger than a cow) were already known from European islands in the late Cretaceous. The largest titanosaurs of mid-Cretaceous South America – 40m-long (131ft) creatures heavier than two jet aircraft – were already long gone.

Another trend in the later Cretaceous was the rise of flowering plants or angiosperms. During the Jurassic, most plants were ferns and gymnosperms (which include ginkgoes, cycads and conifers). These tend to be less nutritious than angiosperms, and the huge size of sauropods may have been driven by the processing time and gut size needed to digest them efficiently.

“If plant evolution continued as it has in our modern world, the herbivorous dinosaurs would almost certainly have had a diet primarily of flowering plants,” notes Matt Bonnan a palaeontologist at Stockton University in New Jersey. “Given that they are somewhat easier to digest, perhaps we would have seen an overall decrease in body size… the gigantic sizes of Mesozoic dinosaurs might have disappeared.”

Along with flowering plants came fruit, which co-evolved with mammals and birds to help plants disperse seeds. Might monkey-like dinosaurs have evolved to take advantage of this resource, just as primates did in our timeline? “Many birds eat fruit. So, there may also have been non-bird dinosaurs adapted to a frugivorous diet,” says Bonnan.
Brusatte agrees that some “small, feathered dinosaurs might have gone the route of primates,” as some were already scampering about in the branches. Others may have become nectar-drinkers, spreading pollen from flower to flower in the process.

Why Do Spinner Dolphins Spin?