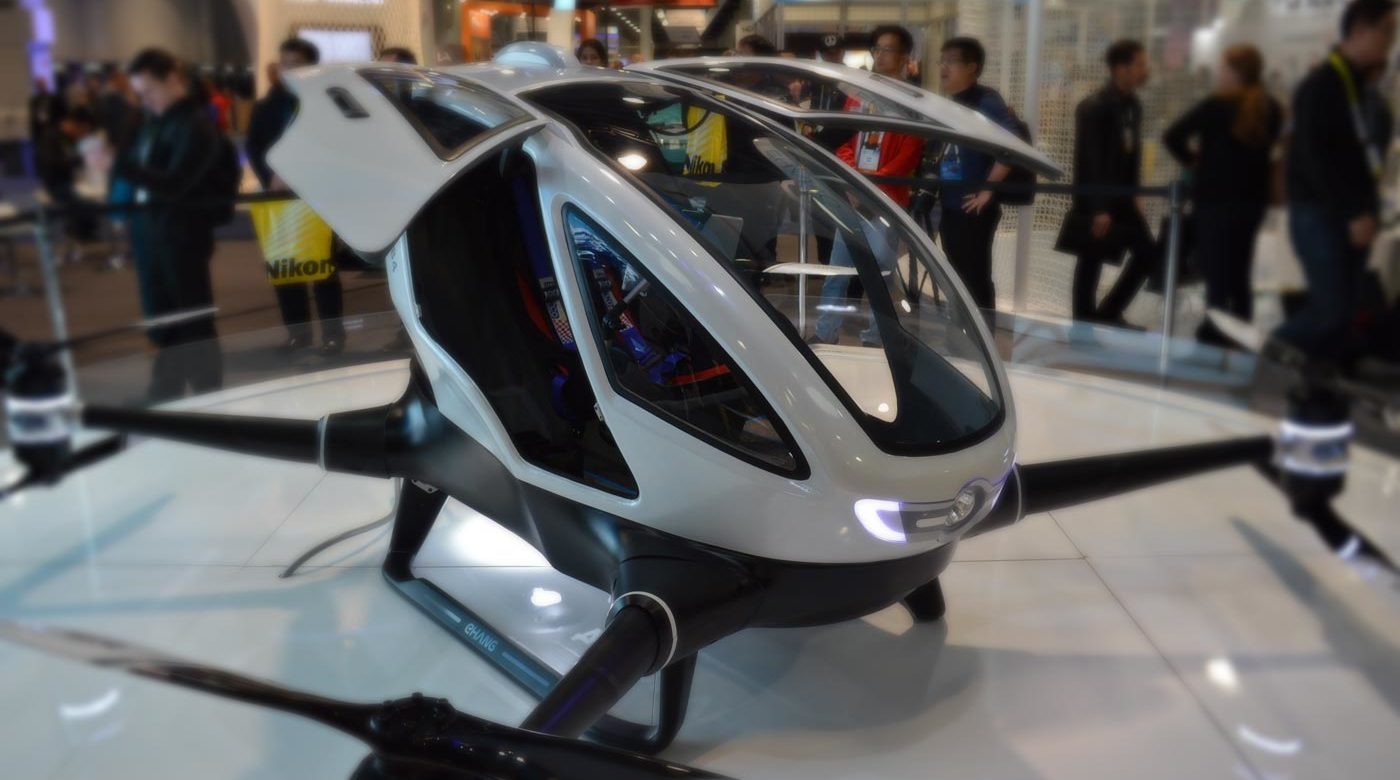 Dubai tests a passenger drone for its flying taxi service

Pilot-less helicopter taxis are being readied in the Gulf emirate and could help free its heavily clogged highways.

Dubai was serious when it said it wants to be first in the world to offer a flying taxi service. That’s why on Monday, it staged a maiden test flight for one of its potential taxis: a two-seater, 18-rotor unmanned flying vehicle made by German firm Volocopter, which is backed by fellow German company Daimler. The automated vehicle, which lifts and lands vertically like a helicopter, whisked Dubai Crown Prince Sheikh Hamdan bin Mohammed away for a five-minute flight 200 meters above a patch of sand.

It was a short exhibition, but Dubai and Volocopter ultimately want to be able to offer longer rides that last up to 30 minutes. They envision a future wherein you’ll be able to hail a flying taxi like an Uber — simply book one through an app and wait for it at a nearby « voloport. » And since they’ll be offering something new, they want passengers to feel safe by equipping each flying taxi with back-up batteries and rotors, as well as a couple of parachutes.

Volocopter chief Florian Reuter said the current model « is capable of flying based on GPS tracks, » but the company plans to « implement full sense capability » in the future. It will ensure that the machine can avoid obstacles and avoid colliding with other flying taxis on the way. If everything goes well, you could catch a Volocopter ride in Dubai within the next five years.